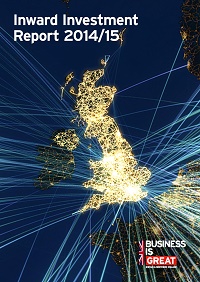 A record-breaking number of inward investments are estimated to have created more than 5,000 jobs in Wales, UK Trade & Investment (UKTI) has said.

The organisation, which is tasked with attracting overseas investors, said the UK had maintained its position as the number one destination for foreign direct investment (FDI) in Europe.

That performance meant the country’s inward FDI stock – the value of accumulated FDI in the UK – broke the £1trn level for the first time. This is the highest in Europe and third in the world after the US and China.

To find out more visit the UK Trade and Investment website and read the Inward Investment Report.