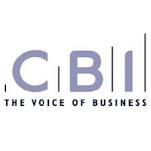 Optimism at small and medium-sized manufacturers across the UK improved in the three months to July, although exports dragged down overall performance, according to CBI.

The organisation’s latest SME Trends Survey, compiled of responses from 408 companies across the UK, revealed almost a third (32 per cent) of businesses were more optimistic during the quarter, while 18 per cent said their optimism had declined.

Respondents said they anticipate export orders to dip again in the three months to October, although domestic sales and overall output are expected to grow.

“But the relative strength of the Pound against the Euro is hitting export orders and margins. This, alongside uncertainty regarding Greece, threatens growth prospects in the Eurozone.”

For more on this story visit The Press and Journal website.