A Bridgend company which supplies ground support to the aerospace industry has created 50 jobs in the area after committing its future to Wales. 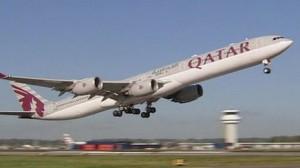 TBD (Owen Holland) Ltd considered moving part of its operation to Abu Dhabi after orders from the Middle East surged.

It has since invested £2m in expanding its operation in Wales, which was supported by £700,000 in business finance from the Welsh Government. The investment has safeguarded 30 jobs and created a further 50.

Economy minister Edwina Hart said: “TBD (Owen Holland) Ltd is a made in Wales business and has developed and continued to grow in Wales – we want to ensure it remains in Wales rather than moving to a lower cost base.”

Steve Meredith, chief executive of TBD (Owen Holland), said: “We are continuing to expand and winning new business and new contracts as new products are developed and brought to market and we look forward to creating more jobs in the area.””

The company now expects its overseas sales to grow by 30 per cent over the next two years, driven by new clients including Saudi Arabian Airlines, Qatar Airways, Etihad, Kuwait Airways and Fly Dubai.

TBD occupies a 60,000 sq ft facility on 12 acres of land at the Waterton Industrial Estate.